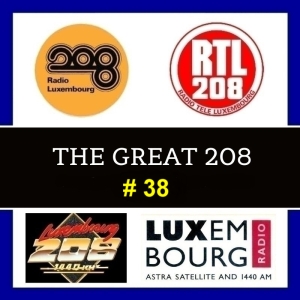 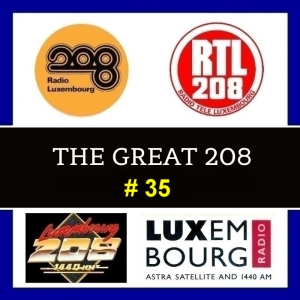 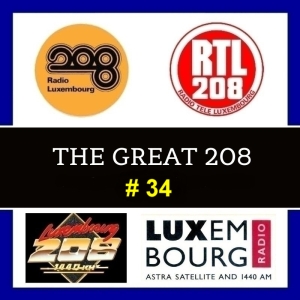 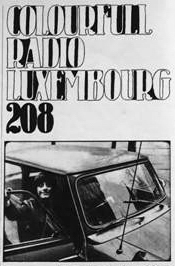 This audio material from Archives Andre Blondeau-OEM.
Thanks to Hans Knot …

After many years of work at
the famous radio station of the stars –
Radio Luxembourg , the great voice
of Bob Stewart could be heard on other
radio stations, for example on Red Rose Gold :

Thanks for this audio material to Matt Dean … 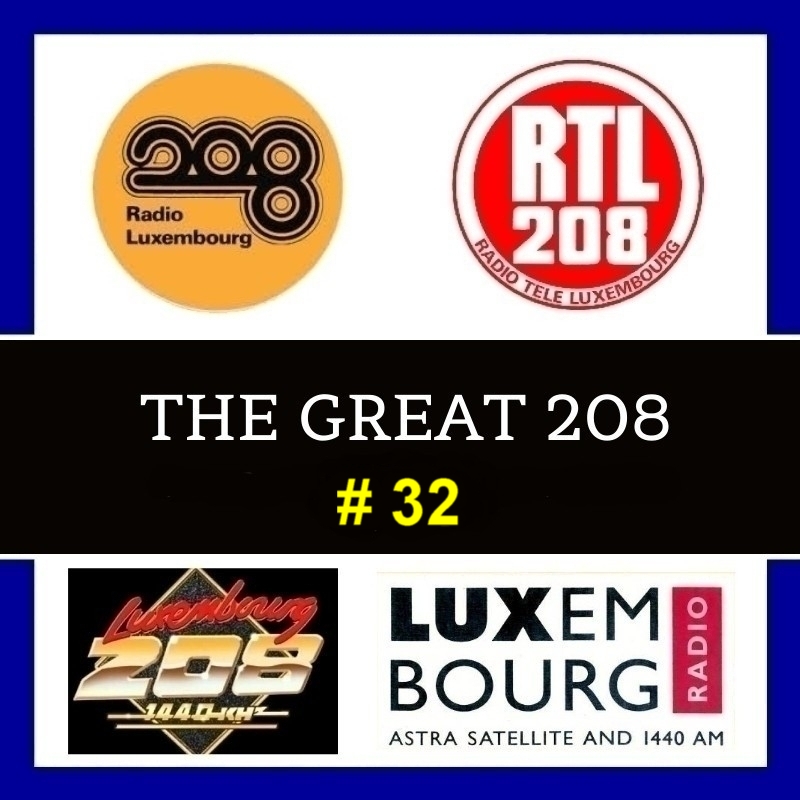 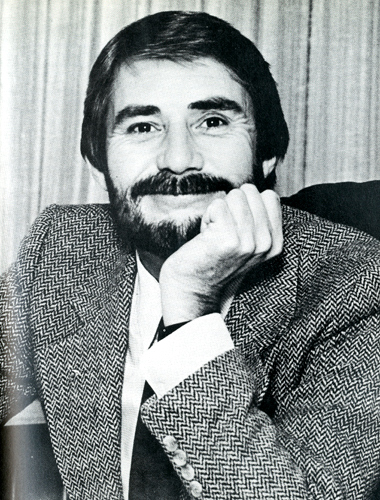 Don Wardell joined 208 in May 1963 at the age of 24,
where he presented the ‘Late Night Luxembourg’ programme.
By 1964, he had already returned to the UK to present
the pop show ‘Countdown’ on Southern Television together
with Muriel Young, but kept in touch with Radio Luxembourg
by presenting recorded shows for the Pye record company twice a week.
‘This Boy’ Wardell returned to 208 in 1966 after the departure
of Barry Alldis and became head of the English service.
He took over the ‘Top Twenty Show’ and presented no fewer,
than 23 other programmes per week.
In 1968 Wardell went to work at Radio Luxembourg’s London offices
in Hertford Street to build up a news gathering department.
A year later, he left Radio Luxembourg and joined the record industry.

“… I went to Radio Luxembourg in 1963 as a staff announcer.
The signal went to Scandinavia, across the British Isle to Iceland.
So various newcomers — the Dave Clark 5, Herman’s Hermits,
Dusty [Springfield] — all benefited from us. Radio Luxembourg had
a Beatles show before the pirates. I think it was called “From Me To You.”
John Lennon and Paul McCartney were the spokespeople.
I got to work with them. Radio Luxembourg did very well and then the pirates
came along, mounted off ships off the English coast.
Radio Luxembourg went on the air at 6 o’clock at night until 3 in the morning.
It reached further than pirate radio, but these guys were bobbing around
on boats 24/7. So, before we came on the air, everybody was listening
to Radio Caroline, which was a boat. It changed radio in England forever.
Once the public had been exposed to daytime rock ’n’ roll, there was
a movement to tell the BBC they weren’t providing a service,
that younger people wanted and the BBC changed …” 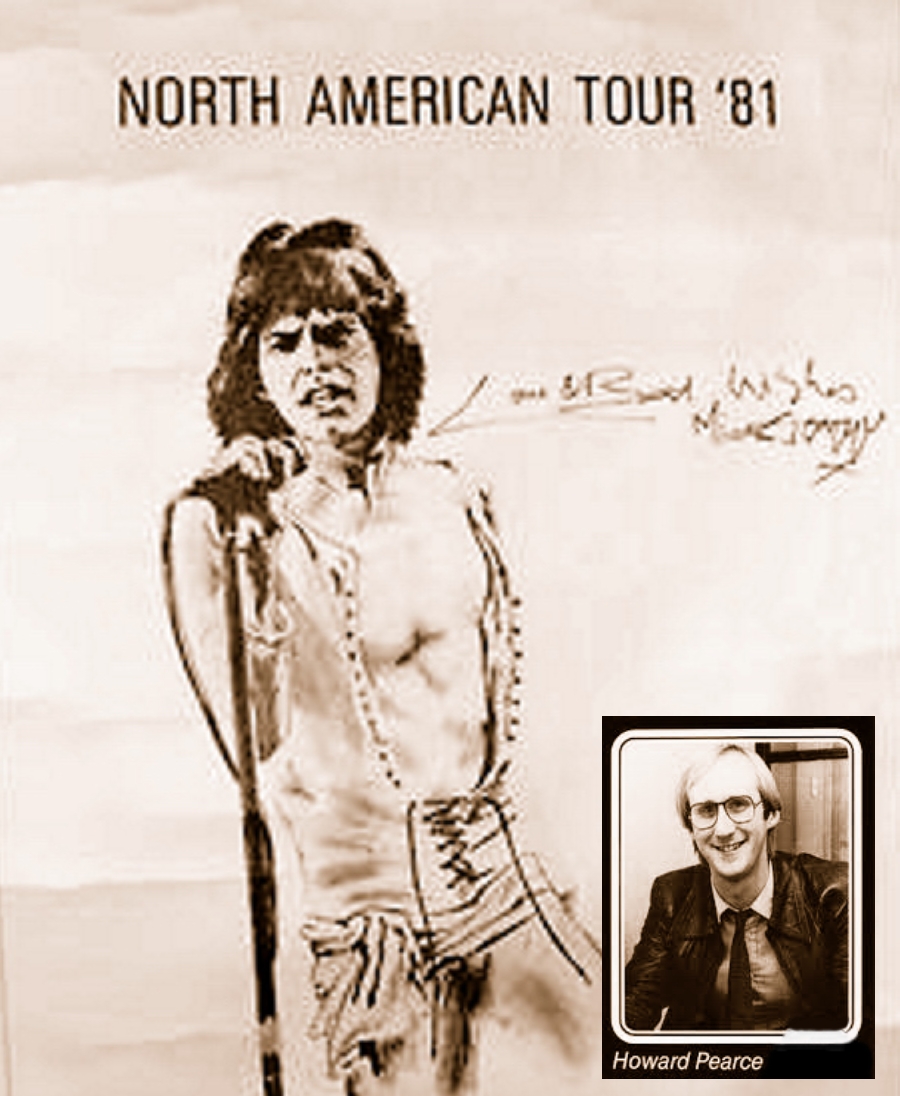 26 April 1980 – This is the audio from the historic first ever satellite broadcast
of the WSM Grand Ole Opry in 1980. The show was sent to and broadcast
from Radio Luxembourg 208, hosted by Bob Stewart.
This two hour matinee show aired in the evening in Europe, Northern Africa,
and Scandinavia. Most of the 1980 Opry stars make an appearance,
along with Boxcar Willie.
The Grand Ole Opry is a weekly country music concert show in Nashville,
Tennessee, which began as a radio barn dance on November 28, 1925,
by George D. Hay and has since become one of the genre’s most enduring
and revered stages. Each show consists of multiple guest artists as well as
Opry members, who are selected by Opry management based on several
factors including critical and commercial success, respect for the history of
country music and commitment to appearing on the program.
Publicly, once a new member is chosen, an existing member will ask
the new member to join the Opry live on-air during the broadcast, usually when
the new member is performing as a guest.
Being invited to become a member of the Grand Ole Opry
is considered one of country music’s crowning achievements … 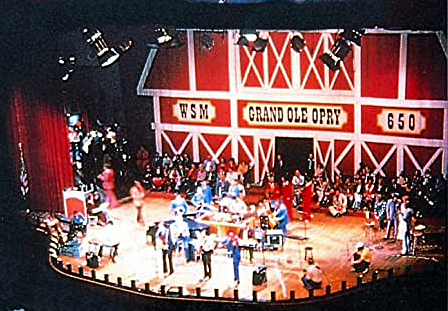 02 August (208) is the international day of Radio Luxembourg fans.
There is audio materials for this occasion,
which was recorded 6 years ago.
From 03 to 05 July 2015, a meeting of 208 DJs and employees
of Radio Luxembourg took place in the Grand Duchy.
The main event on 4th July was open to the public
(“Friends of Radio Luxembourg”),the event is held
at the Big Beer Company in Luxembourg-Clausen.
208 DJs took over the music and entertainment for the whole evening :

At this link you can see the photos,
that were taken on this
momentous evening :

Thanks to Hans and Archives André Blondeau-OEM
for this audio material.

Thanks to Hans Knot and Archives André Blondeau-OEM
for this audio material.

30 April 1972 – Hitparade from the German service of Radio Luxemburg

on medium wave 208 meters in the daytime : 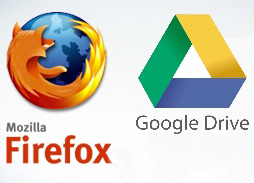